Kodak Photo Printer Mini is now officially available in the Philippines for only Php5,990 while the cartridge can be purchased separately for only Php350.

Minimalist with a combination of the color yellow and black plus a red accent for the trademark of the Kodak.

On the side, we have the specs and features,

Included inside the box

The cartridge film is very easy to replace just open the side slot and pull the cartridge, then slide the new one. Here’s a closer look at the cartridge.

The cartridge is also available nationwide for purchase and only cost Php350 which includes 10 sheets of photo paper. the cartridge already has the ink inside.

The build of the printer is a solid polycarbonate well build plastic, it’s also available in 3 colors (White, Gold, and Black). It’s light and portable, easy to carry anywhere. on the left side is the location of the power button while on the other side is the cartridge slot.

On top is the battery, power and charging indicator and the branding with a yellow strip lining design.

The front is the location of the ejector where the paper comes out and for the back side is the USB port for charging and reset button in case you forgot the pin for the Wi-Fi.

App is available for download in the Google Play Store and App Store, Download link is down below. 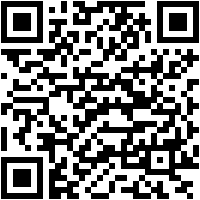 Connecting the App to the printer is very easy there will be a quick guide on how to connect. If your device has NFC just turn it on and place your phone on top of the printer and it will automatically open and pair the device to the printer.

But in case you don’t have an NFC-powered device simply turn on the Wi-Fi of the smartphone and also the printer, it will detect the printer with an SSID of “Direct-Kodak-XXXX” (XXXX is the model code) then once it prompts the password just type in “12345678”. Unfortunately, password can’t be changed.

Once connected simply choose a photo from your gallery or shoot by selecting the camera mode and even select a portion from a video. Image search is also present which means searching via google image is possible.

For the app, there are lots of custom feature like Collage, Adjustment, Templates, and Decorate.

here is a video walkthrough of the app.

There are lots of things to do with the app which is a big plus, its either create an ID, business card, invitation, occasion card and much more.

Printing is really fast in lest than 1 minute the printing is already done. The way it print is first is the Yellow, then Magenta and last is the Cyan color. after the printing, it also laminates the photo for better protection of the print.

It can also print either with border or borderless, which is not common with other portable printers. Plus the Printer automatically turns off once it is on idle which saves battery juice.

None the less the Kodak Photo Printer Mini is one of the Portable printers you need to have to print all those capture moments in your life.

The Kodak Printer Mini is the Printer buddy you need to have whenever you’re traveling and a portable printer on the go. Instant print in less than a minute.

The only downside maybe is the apps limitation for templates maybe having more ready made templates or users can add their own custom design templates. but that is for the app, for the printer itself there’s really not much for me to complain since lacking bluetooth is not an issue since the Wi-Fi direct is way better since you can still access the web while the printer is connected via NFC or Wi-Fi Direct so the Internet WiFi is not affected.

Again it’s available nationwide and also for a hassle FREE! delivery simply avail the device via Lazada and in fact they are offering a free 1 cartridge aside the one that is included when you purchase the printer. Which is for me a very great deal so just click the link down below.

0 How to convert videos to .webm (VP9) for YouTube using Adobe Premiere